Georgia is a small country that lies amid western Asia and Eastern Europe. Sandwiched between the Caucasus mountains and the Russian Federation to the North; the Black Sea to the west; Turkey, Azerbaijan and Armenia to the South - Georgia is located on the cultural and geographical crossroad. The palaeolithic fragments of the oldest known European ancestors were discovered in the village of Dmanisi, Georgia. The Archaeologists have found that these human remains were nearly 1.8 million years old.
Some excavations in the Satsurblia Caves have shown groups living before and after the last Ice Age (25,000 and 17,000 BCE). A bit of DNA was recovered from one of those skulls that revealed the person was male, and one of the first discovered people to have had light skin and blue eyes.

The roots of the Georgian people extend deep in history. Assyrians, Hittites, Sumerians, Romans, Arabs, Persians, Byzantines, Turks, Mongolians, Russians - this is the shortlist of invaders that tried to conquest Georgia throughout its long, diverse, remarkable and blood-soaked history.

Georgian cultural heritage is equally ancient and vibrant, which is justified by its exceptional geographical location. On the one hand, it is at the crossroads of Europe and Asia. At the same time, Georgia occupies a central place in the Caucasus between the Black and Caspian Seas, where it has always played a significant role.
Georgians have created a unique alphabet, which is one of the 14 original scripts, known to date throughout the world. Georgian texts are unique in their appearance, and their exact origin has never been established. They were granted the national status of intangible cultural heritage in Georgia in 2015 and inscribed on the UNESCO Representative List of the Intangible Cultural Heritage of Humanity in 2016.
In their native tongue, Georgians call themselves Kartveli and Georgia Sakartvelo.
One of the many origin stories of why the area was named Georgia (as opposed to the native Sakartvelo) is that the Greeks found the natives working diligently in the lands lush, fertile soil calling them "tiller of the land." Scholars treat this story more like a legend and are more convinced that it came from the Persian name for the areas near the Caspian Sea as Gorgan, "land of the wolves."

The legendary Kingdom of Kolchis, where the story of Jason and the Argonauts takes place, was located on the territory of Georgia. Although The kingdom of Kolhis is one of the central action areas of myths and tales it existed. This first nation-state on a Georgian alongside Kingdom of Diauehi land was formed in XIII century B.C. Kolhis no longer exists. However, its capital is the second biggest city in modern Georgia.
Zenith of Georgian culture and statehood is the period between the XI and XII centuries. It was when the Georgian art, architecture, and literature reached their highest recognition. In Georgian history, it is referred to as the Golden Era.
Despite the political disintegration and partial loss of independence in the XIII-XVIII centuries, Georgian culture remains to be selected for its rich tradition and revival of regional centres, in different ways reflected in all the historical parts of Georgia.

From 1801 to 1991, despite the first conquest of Georgia by the Russian Empire and then the Soviet regime, Georgian culture has preserved its traditions and protected themselves from extinction.
In 1991, Georgia regained its independence and became the path of economic development, as well as reconstruction and establishment of the European tradition culture. 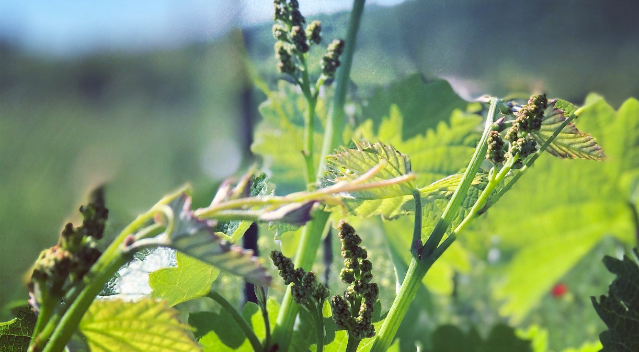 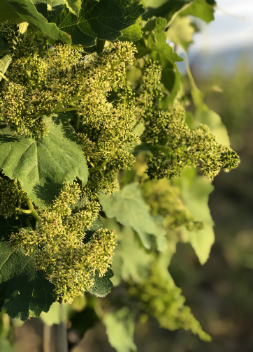 About 80% of the country is mountainous. The Great Caucasus mountain range protects Georgia from cold north winds. Its ice-clad flanks supply many rivers and streams. The South branch of the Caucasus Mountain range is located almost in parallel to the North one. Primarily for its viticulture, the country is open to its western limits to the constant influence.

In the relatively small territory of Georgia, a great variety of regional and local climates exist, humid subtropical climate, permanent snow, and glaciers and dry subcontinental climate in southern Georgia.

The climate in eastern Georgia is dry and continental, with hot summers and mild winters, in the east of Georgia the humidity and precipitation are low and so is cloudiness. The temperature variations are considerable. Western Georgia situated on the eastern coast of the Black Sea and surrounded by the mountains has a humid subtropical climate with a small difference in temperatures, with high precipitation and high humidity. Warm, moist air from the Black Sea moves effortlessly into the coastal lowlands from the west. 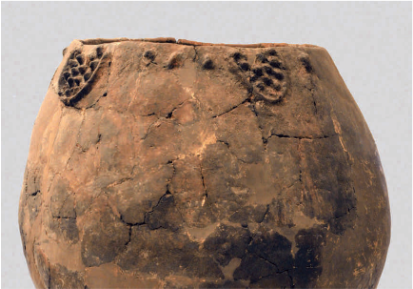 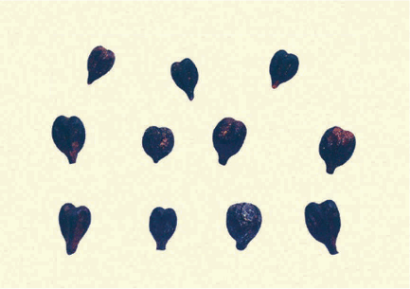 Georgia - The
homeland of
wine

Since ancient times Georgia has been known as a country of grapes and wine. The majority of linguists agree that the semantic of the word "wine" is rooted in Kartvelian languages. The root "ghv," from the name GHVINO (wine) is purely Georgian and is found in many Georgian words from ancient times to the modern period. In other languages: Kartvelian "GHVINO" vino, vin, wine, вино, etc.

The latest archaeological founding has proved that Qvevri was the first vessel ever to be used for making wine. As evidenced by recent archaeological discoveries of grape pips, Georgia has an 8,000-year history of continuous winemaking tradition. Its been a long time since people began to talk about Georgia as the Cradle of Wine Civilization.

The earliest traces of viticulture and cultivated wine, which date back to the 6th-5th Millennia B.C. were found in the ancient Neolithic settlement-Shulaveri Gora. In the neighbourhood of that territory archaeologists found the remains of cultivated wheat and legumes, agricultural tools and pottery, proving that in the Neolithic period, the inhabited humans developed agrarian activities including cereal growing and viticulture.

Ancient clay vessels were discovered in the same area that could have been the precursor to the Qvevri.

Qvevri is a large clay vessel that still to this day is used for the fermentation, storage, and ageing of traditional Georgian wine. They are usually buried below the ground or set into the floors of extensive wine cellars. Conventional Georgian wine is hardly imaginable without a Qvevri. The Qvevri winemaking tradition can be found throughout Georgia in rural as well as urban areas. Georgians consider it to be the essential attribute of their cultural identity. Traditional Georgian Qvevri wine making method is ancient, living culture and has changed little since it`s formation.

Knowledge and experience of winemaking are passed down through generations informally with direct involvement in the processes the family, neighbours, friends, and relatives all join in harvesting and winemaking. Qvevri wine as a foundation of cultural identity. The Georgian Qvevri winemaking tradition is a clear example of how vital intangible heritage is for creating and maintaining positive social interactions, and for the formation of cultural identity. Even though Georgia`s social and political environment has undergone several transformations in the last century, the tradition of Qvevri making and winemaking using this unique vessel remains a critical element of identity and reputation for Georgians.

Maranis (winery, wine house) are still considered to be the holiest places in a family home. Traditionally, a sealed Qvevri is opened for honoured guests, and families who make a good wine are respected by society.

Through the ages up until today, all home winemakers in Georgia have made wine in Qvevri. Winemakers who use the Qvevri claim that their wine is stable by nature, rich in tannins and that it does not require chemical preservatives to ensure long life and superior taste. This method is unique among the world`s winemaking methods. 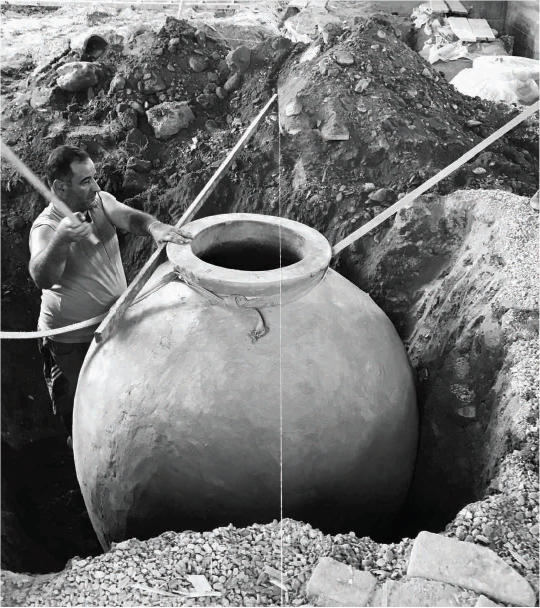 A unique way of
winemaking

Georgians practice a particular way of winemaking. The wine is made in a conical clay vessel known as a Qvevri. Specifically, the wine undergoes both an extended fermentation and maturation in Qvevri; it`s a so-called Amber Wine. If entirely made according to the old tradition, whole bunches of grapes (with stalks) are run into a satsnakheli; a wooden trough typically carved a single piece of wood.

The grapes are foot-trod, so as not to damage the pips, then the must is run off directly into Qvevri. After pressing, the "chacha" (skins, pips, and stalks) are added to the Qvevri for the alcoholic fermentation, which may last any 20- 40 days, depending on the variety and the quality of the vintage. Once the fermentation is completed and the cap starts to sink, the filled Qvevri will be capped with stone or glass lids for the malolactic fermentation; the covers are then sealed hermetically with limestone clay or earth, and left in the ground until spring (typically late March or early April).

Then the wine is separated from Chacha and runs off into another Qvevri for another year of ageing. The process is similar for red grapes, but the period of skin maceration is shorter: usually one month, rather than four to six months. Qvevri-produced wines have a firm tannic texture across the palate; whites develop aromas of apricots, orange peel, and nuts; the reds become slightly meatier, with a chalkier touch.

This extended maceration through the spring is also known as eastern, or Kakhetian style winemaking, as it is associated with Kakheti, the eastern province, and source of 70% of all Georgian wine. Various Qvevri winemaking methods were defined by factors such as soil or climatic conditions, the wide variety of endemic vines and differences between micro-zones.

Kakheti, Georgia`s east-most region is the central province of winemaking.
Kakheti`s climate is moderate tending towards subtropical, with hot summers and temperate winters. Kakheti is an ancient region rich in historical monuments: the residence of Kakheti King Levan at Gremi, the monastery from the 4th-century Nekresi, a complex of the David Gareji monastery caves 6th cc, the monastery Shuamta 6th-7th cc., and Alaverdi, built in the 11th century. There is also the Ikalto monastery, where, in the 12th century, one of the world`s oldest higher education institutions, Ikalto Academy was founded by the King David Aghmashenebeli (the builder).

Approximately 65-70% of all Georgian vineyards are cultivated in the ancient and unique viticulture-winemaking region of Kakheti. Kakheti is the essential Georgian winemaking region. The central growing area straddles both sides of the Alazani River and hence is called the Alazani Valley. Kakheti`s climate is moderate tending towards subtropical, with hot summers and temperate winters.

Rkatsiteli, Saperavi Kakhuri Mtsvane (Kakhetian Green), Chitistvala, Mirzaanuli Khikhvi, Kisi - these grape varieties can be most commonly found in the Kakheti region. The wine, made by Kakhetian grape both European and traditional style, characterized by high extraction, high content of phenolic compounds and tannins, pleasant bouquet, sort specific aroma, and taste. Divided into sub-appellations, it is home to 14 of the 18 Protected Designations of Origin (PDOs), such as Tsinandali, Gurjaani, Vazisubani, Manavi, Kardanakhi, Tibaani, Kakheti, Kotekhi, Napareuli, Mukuzani, Teliani, Kindzmarauli, Akhasheni, Kvareli. Among Georgian wines, the Kakhetian wine expresses soil properties most of all.

Kartli, the Heart of Georgia, is the country`s most prominent and the most critical region. Both the ancient and the current capitals of Georgia - Mtskheta, and Tbilisi are located here.

Kartli is one more important winemaking region in Georgia. It is known for its classic modern style and high-quality sparkling wines. The vineyards are cultivated in large basins of the rivers - Mtkvari and its tributaries, Liakhvi and Ksani. In this part of the country, vines are grown at 750-800 m above sea level. Lower Kartli has many different climates, but the most common ones are Dfb, Cfa. The weather is transitional from moderately temperate steppe to somewhat humid. Summer is usually hot.

Like in Kakheti, both traditional and Classical winemaking techniques are standard in Kartli. The critical grape varieties of the region are Chinuri, Goruli Mtsvane, Tetri Budeshuri, Tavkveri, Shavkapito, and Saperavi. 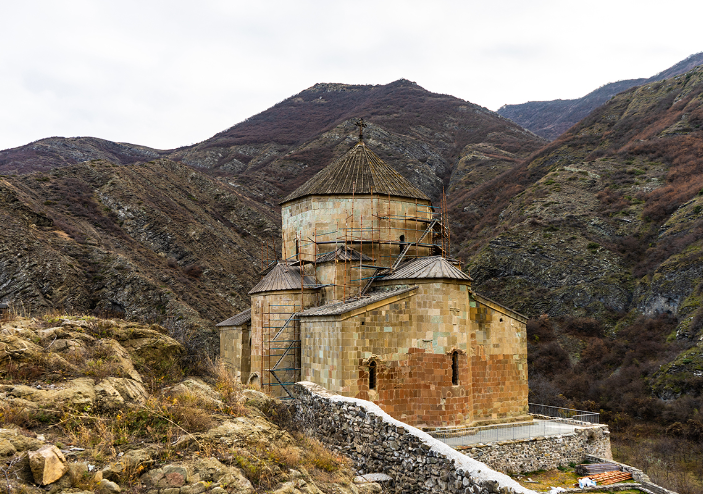